Christophe Bösiger is the vice president and secretary of the Swiss Hepatitis C Association (SHCA). SHCA works to ensure that all people living with hepatitis B and C in Switzerland get access to the therapies and medicines that they need. As part of this they offer legal advice, helping patients get the care they need through their insurance schemes. 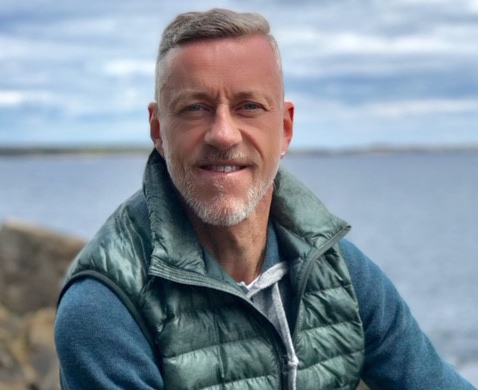 I was diagnosed with hepatitis C in 2014. Direct-acting antivirals (DAA) were just becoming available, but unfortunately at that time the Swiss medical system limited the treatment to patients with an advanced fibrosis level of F3 (fibrosis is measured on a scale of 0-4; F4 is cirrhosis). Even though I had F2 stage fibrosis, was co-infected with HIV, and was at risk of rapid progression, I wasn’t eligible for treatment.

I wanted to fight this injustice of having to wait until I was seriously ill to access a breakthrough cure. I heard about a group of hepatitis patients who had just started an organisation called the Swiss Hepatitis C Association (SHCA) to fight for treatment rights by demonstrating in front of the Swiss national parliament and at the Federal Office of Public Health. I first joined SHCA as a member and was then elected to the board.

During the period when access to DAAs was limited, SHCA helped patients who were desperate to be cured but ineligible for treatment to get access to medicines through the FixHepC initiative. Thankfully access to DAAs is now unrestricted and there are a decreasing number of new hepatitis C diagnoses as prevention is working well.

Despite progress, however, we do have a gap in the cascade of care, mainly in the area of awareness, testing and linkage to care.

We are working closely within Swiss Hepatitis, the civil society initiated and implemented Swiss hepatitis strategy, to address these gaps through two programmes.

HepCare aims to organise easy treatment at a GP level, with a network of specialists across the country assisting GPs to provide non-bureaucratic access to DAAs. In Switzerland only certain specialists are currently allowed to provide DAAs, but we hope this project will change that and make treatment more accessible.

Peer2Peer aims to improve knowledge on hepatitis C prevention, testing practices and adherence to therapy in people with active or past use of opioids. The programme consists of six former hepatitis patients who have injected drugs. They have been trained by a doctor at Zurich’s ARUD Addiction clinic and conduct surveys (anonymous if desired) among people who inject drugs (PWID). They also give out information and propose quick oral tests at two drug consumption/dispensing rooms in Zurich. Many PWIDs who know they have the virus but have never been treated are linked to care at the same time.

In addition to these projects, we help patients to find a treating doctor and organise legal advice if they are refused a therapy by their health insurance. We also run social media awareness-raising campaigns with video clips to show that hepatitis C can affect people of all backgrounds, and to encourage people to get tested by their general practitioner.

NOhep is a sign of worldwide solidarity. We can all take inspiration from the movement and the examples of how other countries tackle the gaps in addressing viral hepatitis.