Louise Hansford is the founder of Hep C Hants P2P, a hepatitis C peer support organisation in the South of England. She now works as the Hepatitis C Elimination Coordinator South for the NHS Substance Misuse Providers Alliance (NHS SMPA).

As a former hepatitis C patient, she is passionate about peer support and empowering people to access testing and treatment. 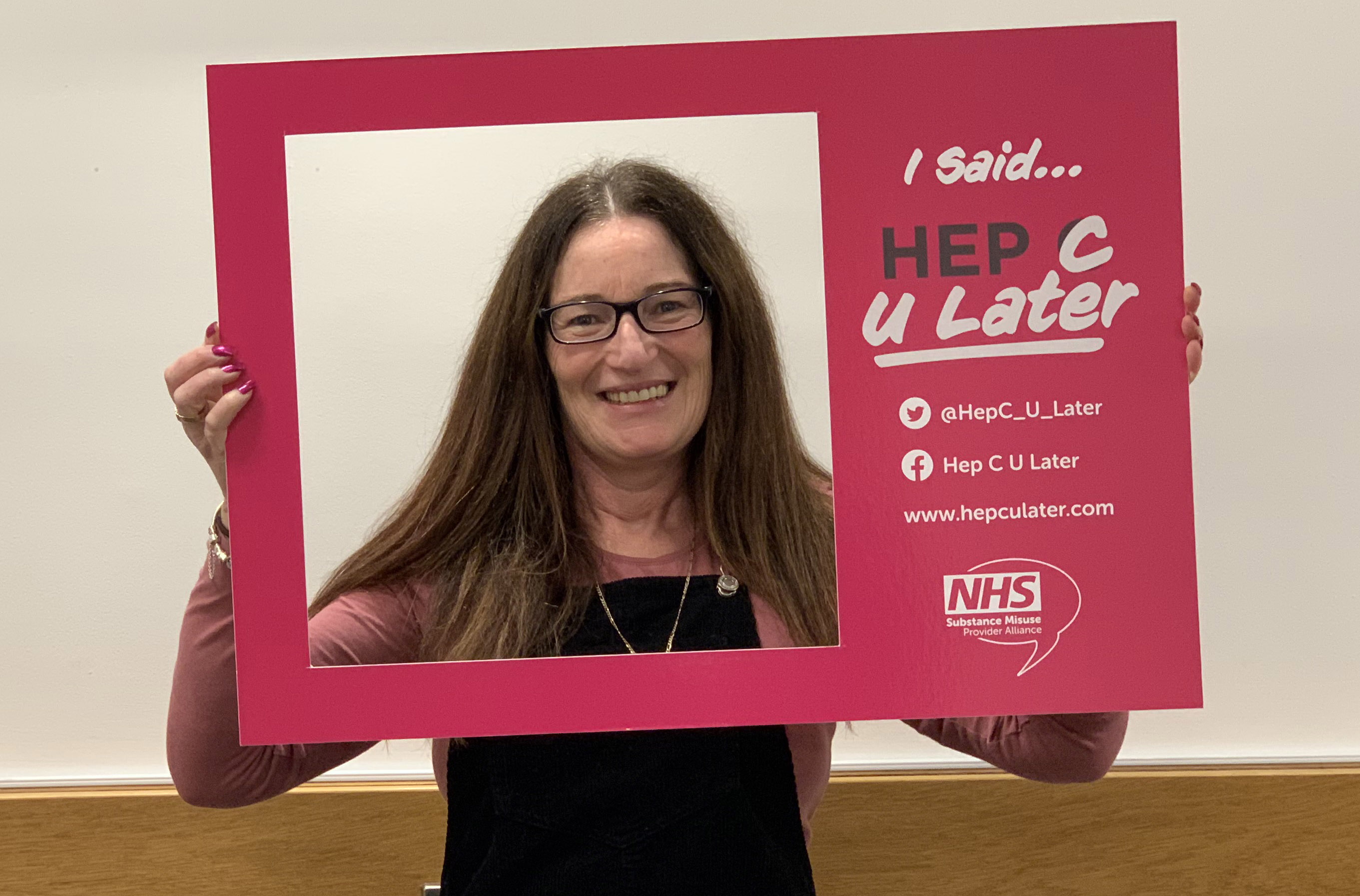 I was in active heroin and crack cocaine addiction from 1996 –2003. When I first started injecting, I used clean equipment. I had a good awareness of HIV as my first boyfriend was a haemophiliac who had contracted HIV from contaminated blood products. Later, my choices to use clean equipment were unfortunately restricted.

I went to prison in September 2001. A nurse who I liked asked me if I wanted a hepatitis C test. A couple of weeks later she told me I had hepatitis C. This didn’t really bother me until I was released in 2002, when I became paranoid about my razors and toothbrushes. I felt ashamed about having hepatitis C. In 2003 I joined a 12-step fellowship where lots of people had hep C and I heard nothing but horror stories about treatment*. I was offered treatment for the first time around 2004, but I turned it down as I was scared about relapsing and the impact it might have on my mental health and relationships.

I secured a job in February 2007 and a few days later was offered treatment again. I spoke to my partner and daughter and collectively we decided I should do it. I worked all the way through, studied for and completed my degree, and maintained my life. I had the support of a friend who was also having treatment, and we spoke often.

I was inspired to set up a local peer project after hearing about one of the Hepatitis C Trust’s peer-to-peer training sessions. I had very little awareness about hepatitis C when I was diagnosed. I had been scared to do treatment, and had been discriminated against at dentists and hospitals which made me feel very stigmatised. I wanted to offer people support to get tested, access treatment, and ultimately save lives.

At Hep C Hants P2P, we do peer-to-peer talks, testing, and offer treatment through hepatology outreach clinics including a mobile outreach van. To date, we have supported over 325 people to access treatment. This has required perseverance and tenacity, but it has been worth it to see so many people empowered to access hepatitis C treatment. Peer support is essential to break down barriers, dispel myths and tackle discrimination.

I recently changed role to work as the Hep C Elimination Coordinator South for the NHS Substance Misuse Providers Alliance (NHS SMPA), an alliance of addiction services in England. Together, our reach extends to over 30,000 current and previous drug injectors. We created the Hep C U Later initiative as we realised that there has been no reduction in new hepatitis C cases among people who inject drugs in recent years. The initiative aims to empower people who inject drugs with information about hepatitis C and support them to access treatment. Through this system-wide partnership, we can support more than 6,000 additional patients

I think the biggest obstacle to eliminating hepatitis C is reaching people who are not already engaged with services. We must work hard to make services and information more accessible, especially to people who are marginalised in society.

Through NOhep, we have a global opportunity to be part of something incredible in disease management. Achieving elimination requires perseverance but it is very rewarding. On a personal level, you never know when your intervention with a patient will sink into place and the person will take action. I hope that I can tell my grandchildren that I played a part in the worldwide quest to eliminate hepatitis C.

*New, effective and easy-to-take curative treatment for hepatitis C are now available, and most people experience few to no side effects