Professor Mohammad Ali initiated the first ever liver transplant in Bangladesh. As founder of the National Liver Foundation of Bangladesh (NLFB) and a NOhep Visionary, Professor Ali has also been paving the way for civil society action for the elimination of viral hepatitis in Bangladesh. Find out how he’s been using NOhep to reach marginalised communities such as Rohingya refugees. 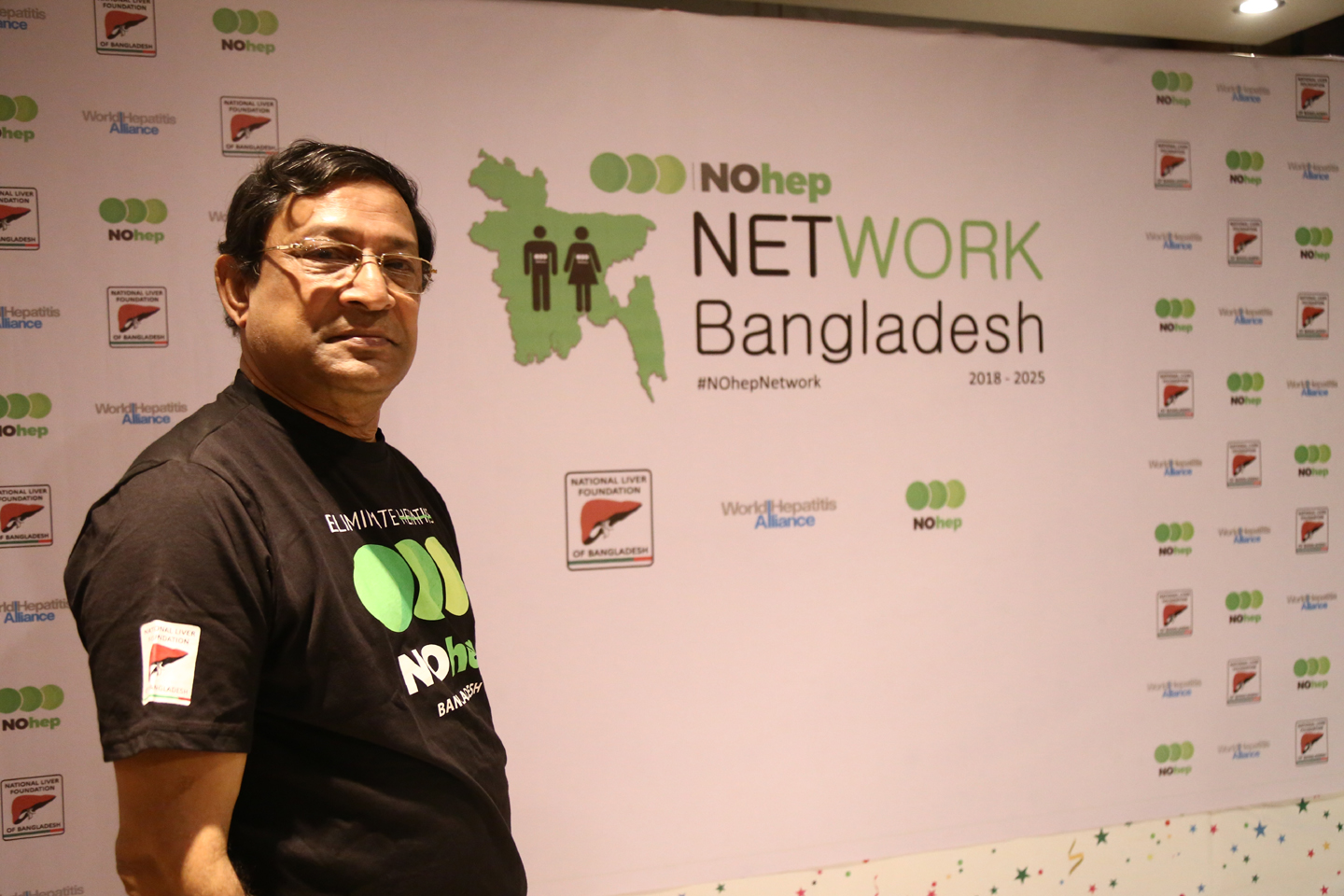 “High risk and marginalised groups should be the key target for all viral hepatitis elimination campaigns.”

As a hepatobiliary pancreatic and liver transplant surgeon, I’ve witnessed the pain and endless suffering of many liver disease patients.

Most liver diseases are preventable, especially those caused by viral hepatitis. So, in 1999 I founded the National Liver Foundation of Bangladesh (NLFB), a philanthropic organisation dedicated to prevention, treatment, education and research on liver diseases in Bangladesh.

I have also been very engaged with the NOhep movement since its conception in 2016, bringing together different medical professionals, philanthropists and civil societies under the banner of NOhep Bangladesh.

High risk and marginalised groups should be the key target for all viral hepatitis elimination campaigns. Therefore, through NLFB I have initiated many events targeting these populations, including under-privileged and indigenous communities. All events are designed to reach the unreachable. 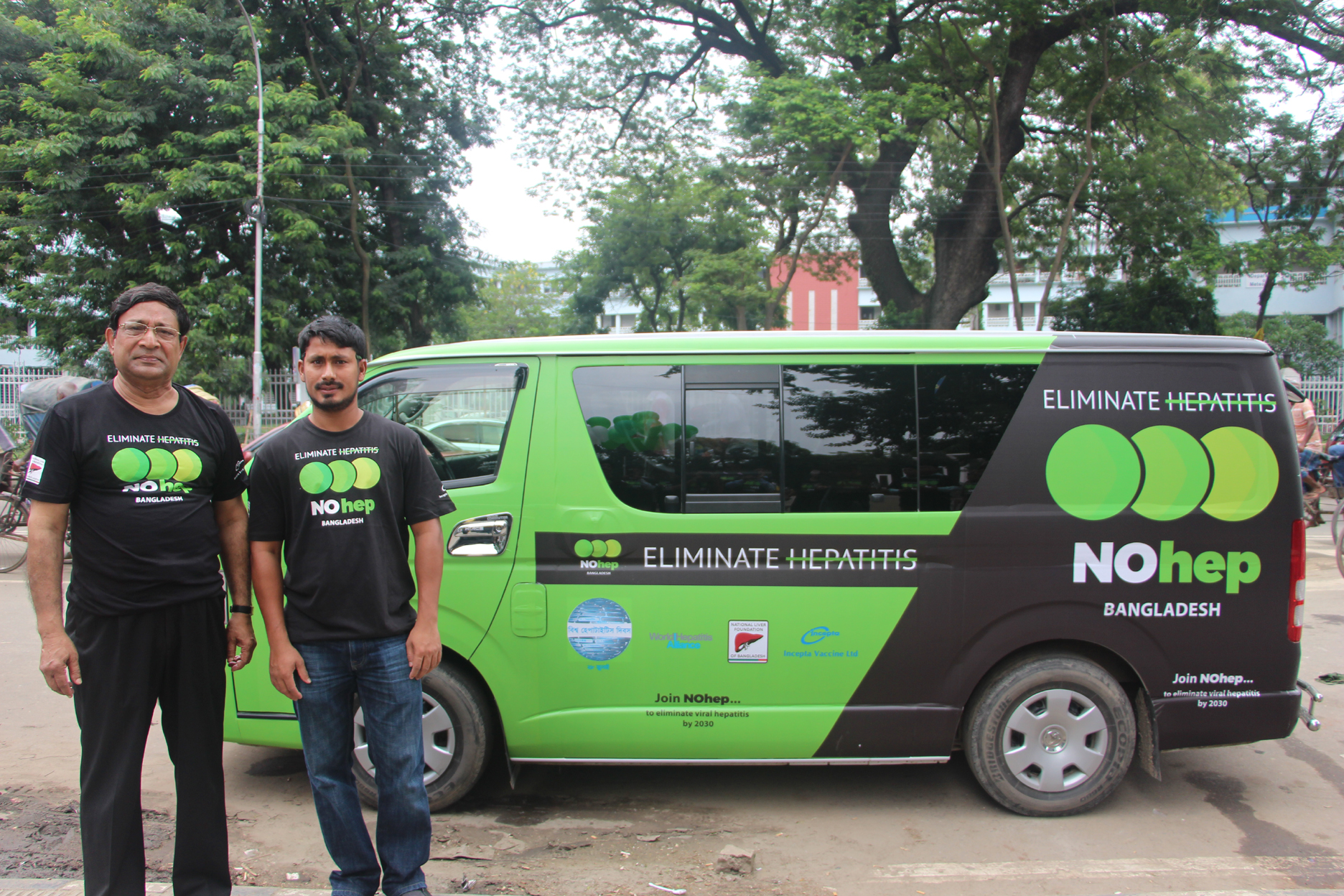 In particular, Rohingya refugees are at-risk of viral hepatitis infection, not only in Bangladesh but also across the global arena. Right now, more than 30,000 pregnant women are living in unhygienic refugee camps in Bangladesh with extremely limited health care facilities.

NLFB visited Rohingya refugees as part of our “NOhep Drive Bangladesh” programme earlier this year. Which saw us tour 8 divisions of Bangladesh in our NOhep van. We covered more than 2,000 kilometres over 12 days, distributing leaflets across the country to raise awareness at the grassroots level and screen people.

We screened 300 Rohingya refugees for hepatitis B and C. Sadly, 3% were found to be living with hepatitis B, 8% with hepatitis C and 1% had co-infection. These findings were conveyed to the government of Bangladesh, UNFPA and presented at the World Hepatitis Summit 2017 in Brazil. We are organising a NOhep campaign to screen more refugees on a larger scale. Awareness programmes and health education should be designed according to the target populations culture and dialect to maximise impact. 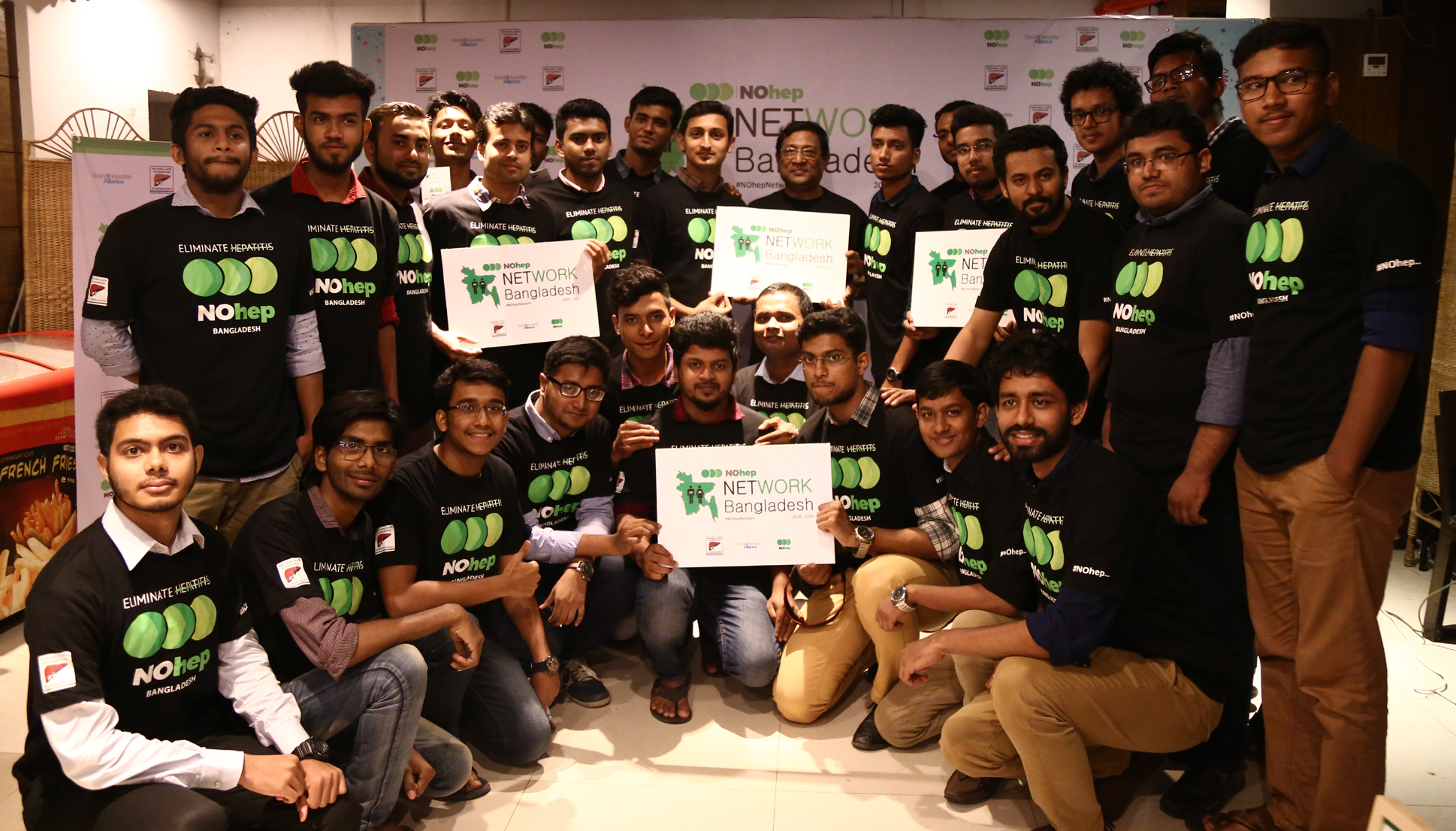 This network will see NLFB train up local NOhep activists across different communities in rural Bangladesh to raise awareness of viral hepatitis at the grassroots level. As well as scale-up diagnosis and help those who need access treatment. They will also work to tackle existing myths and misconceptions surrounding viral hepatitis, engage with local government and raise awareness amongst local civil society. By 2025, this network will comprise of more than 13,000 community clinics from all 64 districts across Bangladesh.

We should give top priority within national strategies to raise awareness, testing and treatment to marginalised populations in elimination efforts.

A model like “NOhep Network Bangladesh” could be adopted by other countries where national viral hepatitis strategies are yet to be implemented.

If you are inspired to start your own NOhep group then download the NOhep ‘Race to 2030’ Advocacy Toolkit here. Professor Ali’s model of grassroots activism is an inspirational one, which you could replicate in your own local area!

Visit the rest of our Spotlight stories from civil society advocates from around the world to hear more about our inspiring supporters!